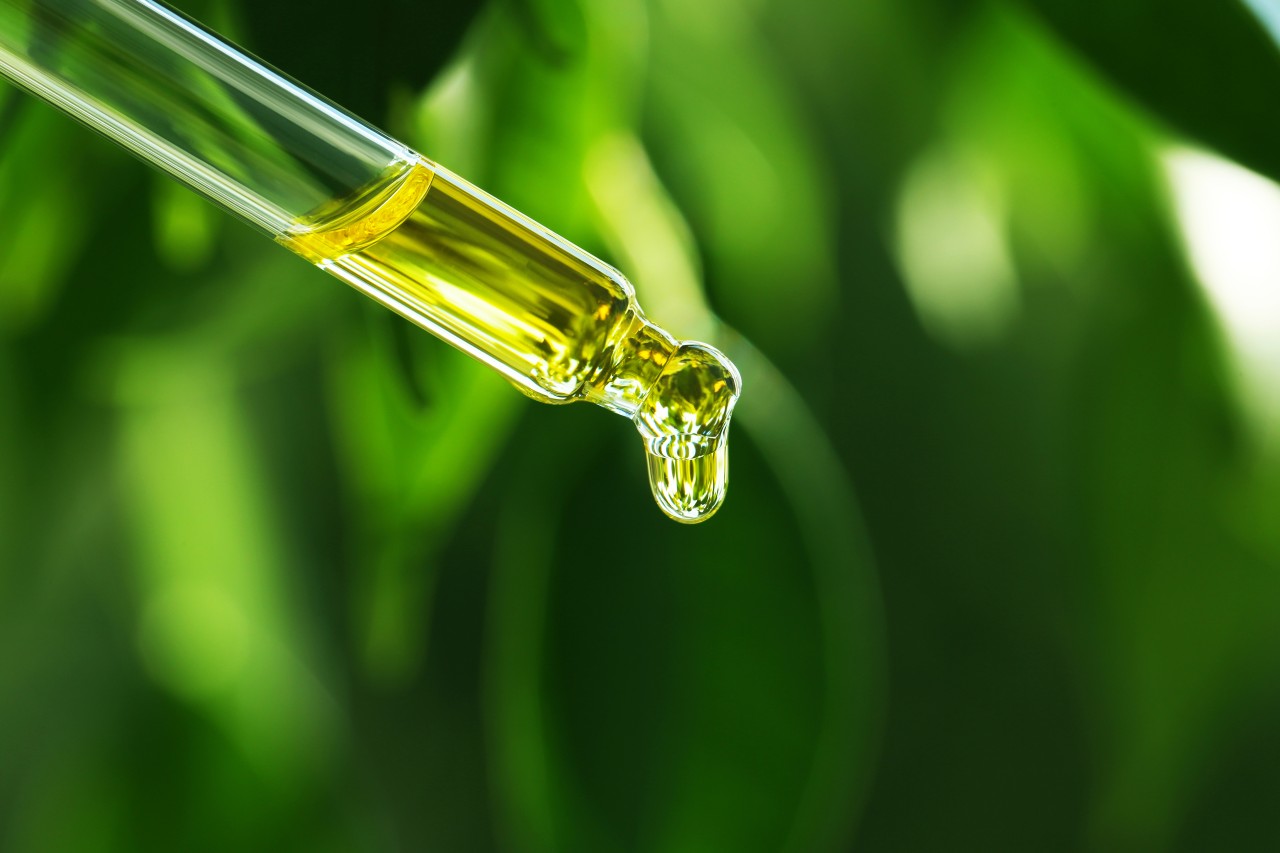 What is full spectrum CBD oil?

Cannabidiol or CBD has become one of the hottest selling items nowadays. With so many CBD products flooding the market, it is indeed hard to understand what you are getting. With such a wide range of CBD products on the shelves, it takes proper knowledge to differentiate the products – which ones are made out of CBD cannabis or CBD hemp.

While shopping for CBD, you must have come across items that were listed as full spectrum, broad spectrum or CBD isolate. While all three have the presence of CBD in them, they are far from being the same. This article will give you an insight on what they are and how each one of them is different from the other.

Cannabidiol became a famous product because of its mental healing properties among the people who have been on the lookout for natural treatment of the following disorders:

What is full spectrum CBD oil?

The full spectrum CBD oil is an extract that contains all the important chemical compounds – such as essential oils, terpenes and other cannabinoids, which can be found naturally occurring in the plant. So, this basically implies that your body will get all the natural cannabinoids and other important compounds in the CBD oil which will give better effects together. This is commonly referred to as the ‘entourage effect’ as well.

Earlier it was believed that CBD in its isolated form was much more beneficial than the full spectrum CBD. However, a study in 2005 in Jerusalem debunked this theory.

This study showed that the subjects treated with full spectrum oil got better relief as compared to the subjects who were administered with CBD in it’s isolated form. It was even concluded that the full spectrum CBD oil had much better effects with higher intake, while its effect remained consistent with increased dosages.

What is included in the full spectrum CBD oil?

Simply knowing that the full spectrum CBD oil works better for us is not enough. One must have an in-depth knowledge about all the nutrients present in it.

When we talk about the CBD oil which is extracted from the hemp plant, it is important to note that there are a large number of cannabinoids that are present in the plant and can make a huge difference in treating a disease.

Even though CBD itself is quite a strong compound, yet its power increases when it comes in contact with the other naturally occurring elements of the plant. The full spectrum CBD oil offers you each element in its purest form. On the other hand, CBD in its isolated form does not have most of those important elements present in it, as the oil is subject to severe heating processes that ultimately destroy the nutritional content of those elements.

What does the full spectrum CBD oil contain?

By now you know about all the compounds which are present the full spectrum CBD oil. But do you know the importance of each chemical content in it? The only way to understand the benefits of this diverse product is to study each one of them separately.

Absolutely natural and powerful medicine tool, cannabinoids are naturally occurring compounds which are extracted from hemp or marijuana plants. While most of us are aware of the effects of CBD and THC on overall health, a majority of people do not know the difference between both of them. CBD is one of the cannabinoids in cannabis and is a safe and non-addictive substance that does not cause any psychoactive effects. On the other hand, THC is the main culprit when it comes to causing the “high” in people. It is because of the presence of THC that cannabis is considered as a drug in a lot of countries around the world.

Cannabinoids provide relief against hyperactive conditions and chronic pain. Because of the lowest concentration of THC in the full spectrum CBD oil, you can be sure to not have any psychoactive side effects after consuming it.

The chemical parent of THC and CBD, Cannabigerol or CBG is the stem cell of all the cannabinoids in the cannabis plant. Another non-psychoactive cannabinoid, the cannabis plants first produce CBG in very negligible quantities which then gets converted into THCA, CBDA and a lot of other cannabinoids. Once the plant material is dried and processed for the purpose of oil extraction, less than 1% of CBG remains as a component in it.

The advantages of cannabigerol include combating inflammation, prevention or treatment of cancer, glaucoma, bladder dysfunction and improving the overall health of the brain. Studies show that CBG has the ability to control the consumption of the chemical GABA (which is a brain chemical). In turn, cannabigerol helps the body feel relaxed and curbs anxiety.

After cannabis plant oxidizes, the compound THC degrades and gets converted into CBN. The fresh plants have a lesser quantity of CBN. As the plant grows older, the concentration of CBN increases. If you wondering if you can get high on it, the answer is not really! Cannabinol has slight psychoactive effects but it definitely has the potential to make you feel a little drowsy. It is known to have a higher affinity for the CB2 receptors instead of CB1 receptors in the body.

Scientific shreds of evidence which suggest that cannabinol can be the answer to everybody’s sleepless nights. You read that right! It has properties that can help you to sleep properly and there are chances that it can also be used to fight the signs of aging.

All though the amount of CBC found in the cannabis flower or resin samples is relatively small, in fact significantly lower than that of THC, Cannabichromene is said to be one of the major phytocannabinoids produced by the cannabis plant.

Being one of the less studied elements of full spectrum CBD or Cannabidiol oil, CBC is said to further degrade to Cannabicyclol (CBL) when subjected heat or ultraviolet (UV) rays. There is not enough evidence to prove that cannabichromene acts on CB1 and CB2 receptors of our nervous system, researchers have shed light on the important medicinal properties of CBC.

Acting as a pain reliever, a neuroprotector, an antidepressant, and an antifungal agent, CBC is known to keep a check on migraines, gastrointestinal and inflammatory disorders.

Other cannabinoids that can be found in the full spectrum CBD oil are:

If you have ever consumed cannabis plant, you must have wondered about the peculiar smell it exhibits. Cannabis plant gets that unique scent from the chemical terpenes. It is these essential oils which enhance the ‘high’ and affect the taste of cannabis. Even if terpenes are available in small amounts, they can leave drastic healing effects along with other cannabinoids in the body.

Some of the famous terpenes you know about are:

Limonene
An abundant cannabis terpene that bears citrus aroma which resembles lemon and tangerine, limonene helps in elevating the mood while relieving stress. Apart from that, it can also help you deal with a lot of gastric issues.

Pinene
An aromatic compound commonly found in the cannabis plant stands true to its name and smells like pine. The original purpose of pinene is to protect the plant against predators but it also offers humans a lot of benefits. Potentially, pinene can treat ulcers, asthma, anxiety and improve the level of alertness and help combat short term memory loss caused by THC.

Linalool
The presence of linalool terpene in cannabis has attracted a lot of attention. Even though linalool is not one of the highest found compounds in the plant, it can be found in higher quantities in the purple strains. A popular choice for aromatherapy, it acts as a sleeping aid and is a powerful relaxant. Linalool is also linked to the production of Vitamin E which makes it an important terpene for the healthy functioning of our bodies.

Caryophyllene
When it comes to exploring the spicier side of cannabis, caryophyllene wins the trophy! What makes caryophyllene an interesting terpene is the way it binds with CB2 receptors in our endocannabinoid system. Studies on caryophyllene indicate the numerous therapeutic properties it holds. Potentially, it can help in reducing the alcohol intake making it a possible treatment for addiction, apart from being anti-inflammatory and antioxidant in nature.

Humulene
Ever wondered what gives the hoppy beer a subtle earthy and woody note, and cannabis a unique fragrance? Both of them share a common terpene known as humulene. Found in a lot of plants, humulene has been used for centuries in the Eastern medical practices. Used as an appetite suppressant, this terpene has pain relieving and antibacterial properties.

Various Vitamins and Minerals
The full spectrum CBD oil contains several naturally occurring vitamins and minerals. It is source of vitamin A, C, E as well as B complex vitamins such as thiamine, niacin, and riboflavin Along with the ones that are not commonly and sufficiently present in many diets including beta-carotene.

Magnesium
Magnesium lessens the kind of inflammation which is linked to heart disease and diabetes. It can also act as a remedy for treating osteoporosis and migraine headaches.

Potassium
Want to ensure that your nerves and muscles can communicate properly? Potassium is the key nutrient for you! It has been proven that potassium helps reduce the risk of heart disorders and high blood pressure.

Calcium
Well known for improving the strength of bones and teeth while reducing the risk of osteoporosis, calcium plays a crucial role when it comes to cell signaling and keeps the body weight in check.

Phosphorus
Another mineral which is responsible for keeping the bones and teeth strong, phosphorus helps in storing and managing the use of energy in our body.

Iron
Iron is not just an important element when it comes to blood production, but it also ensures that the oxygen is efficiently transferred from the lungs to the working tissues.

Zinc
A dose of zinc gives the immune system of your body that kick it requires. Zinc has also been associated with lowering the risk of catching cold and flu.

Full spectrum CBD oil does not just heal your body naturally, but it also maintains the nutritional concentration in our system.

If all the above-mentioned positives were not enough, full spectrum CBD oil has more in store for you! It contains about 20 amino acids out of which 9 are essential ones. All the essential fatty acids such as Omega 3 and Omega 6 are available in the full spectrum CBD oil which promotes heart health. These Omega acids can hardly be found in any other food items (other than fish) that are consumed at large. With an optimal ratio of 3:1 in CBD oil, these fatty acids increase the production of proteins that are responsible for building and repairing the tissues of our skin.

Even while you are shopping for CBD oils, you must make sure to look for full spectrum oil and broad-spectrum oil, and understand which out of the two can provide you the best relief. The products with CBD in them can help you reduce stress, fight insomnia, relieve chronic pains, give a boost to antioxidants and keep you healthy overall.